I will “publish” the especially hilarious ones. (Honestly, they’re all so good, I’ll probably “publish” them all.) And don’t worry: you are more clever and hilarious than you think.

In case you were wondering, here is where this all began. 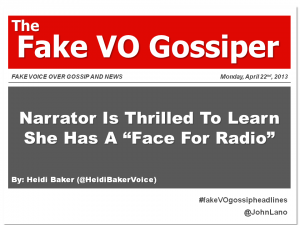 Narrator Is Thriled To Learn She Has A “Face For Radio”
By: Heidi Baker (@HeidiBakerVoice) 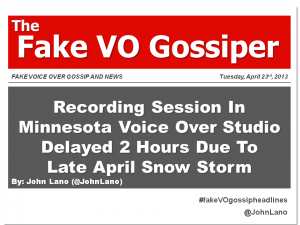 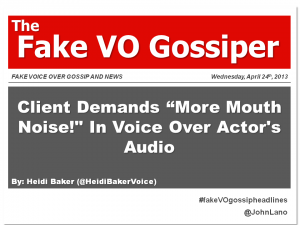 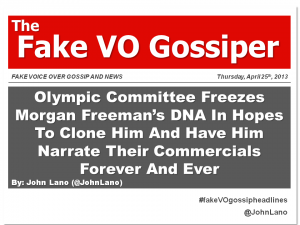 Olympic Committee Freezes Morgan Freeman’s DNA In Hopes To Clone Him And Have Him Narrate Their Commercials Forever And Ever
By: John Lano (@JohnLano) 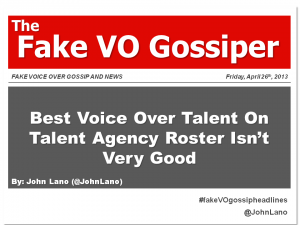 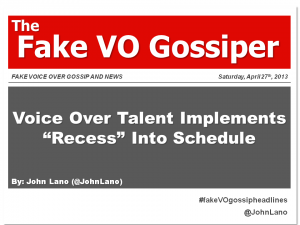