What can a classic mid-90’s training video starring 2 of the most famous TV sitcom stars of all-time teach video producers about corporate narration script structure?

Surprisingly, quite a bit. (click here to skip ahead to the main lessons)

Have you ever seen this training video before?

I honestly don’t understand how it’s not more well-known.

When I saw it pop up on my Twitter timeline, I had to watch it immediately.

So many things ran through my head while watching it...

How in the he** did they get Matthew Perry and Jennifer Aniston to be in this training video? Had to have been a big payday, right? 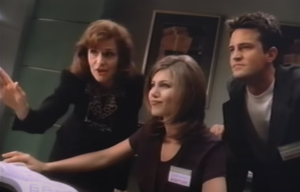 Which made me think...

This has to be the most expensive corporate training video I’ve ever seen, at least in dollars per finished minute.

Not only were Aniston and Perry probably expensive, but Microsoft paid several other on-screen actors, scripted a fake sitcom, built sets, and added some very legit production value.

Who wrote it??? I need to meet that person.

And I swear I recognize the actor who plays the nerdy guy at 16:43. Do you know who it is? 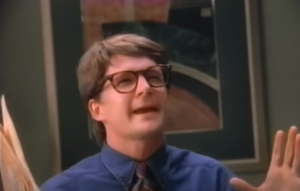 But my biggest thought was…

What can this video teach video producers about structuring the script of corporate narration voice over?

If you're a video producer who makes corporate videos, what can you learn from this?

What did this video do to grab and hold the viewer’s attention (other than probably pay big bucks to get these 2 in it)?

Is it replicable for other corporate training videos?

Yes, I think it is replicable and here’s how...

Microsoft gave us this mid-90’s masterpiece when they were launching and helping the general public understand the brand-spanking-new Windows ‘95 operating system.

I'm sure Bill Gates was peeing his pants in excitement but the every day person was probably pretty "meh" about it.

Also, I've recorded voice over for hundreds of corporate videos, including a lot of training videos, and the content can be quite dense and unexciting.

Even if you do have the best male voice actor in the world narrating it. *wink wink nudge nudge*

After your eyes stop rolling at my not-so-subtle self-promotion, let's get real…

This Microsoft video taught some pretty cool lessons which I think are universally applicable to other corporate training video narration. 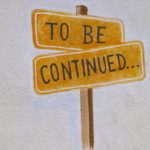 This specifically relates to training videos like this one. And this one, in particular, is targeted at consumers so grabbing and holding their attention is key.

When the opening voice over starts, we learn very quickly that we’re about to see some kind of entertaining faux sitcom or story.

Of course, not everyone has the deep pockets Microsoft.

But the lesson is clear:

Draw in your audience by having the voice actor tease something compelling at the outset.

People love stories. If you tease a good story right away and reveal the story throughout, the audience will want to know what happens next.

Then, you can insert your important learning points throughout as cleverly and seamlessly as possible.

This is more of a structural thing than actual scripting but I think it's important.

Not only does this Microsoft training video use several on-screen talent to talk about the features and uses of Windows 95, they also use multiple off-screen voice over talent at the end when they’re really diving deep into the content.

While this may be a bit more expensive, it could be well worth it for audience retention.

You need change throughout the video to keep your audience from dozing off or exiting out of the training. Using multiple different voice overs is a good way to keep things lively and sustain interest.

Repeat yourself [to create deeper understanding of your content]

(These cats are repeating themselves, right? Something like that...)

Users learned quite a bit about this brand new operating system in a relatively short period of time during the opening “sitcom” section.

It would have been easy to simply end the video when Rachel and Chandler, I mean Aniston and Perry, walked off the set.

But the 2nd part of the video (the heavy voice over section) did a good job of once more going through exactly what the viewers learned during the first section as well as going a little bit more in depth on some key features.

And to repeat myself…

What was your favorite part of this classic Windows 95 training video? Comment below.