Of course I was talking about getting in the right mood for a voice over script! Sheesh… 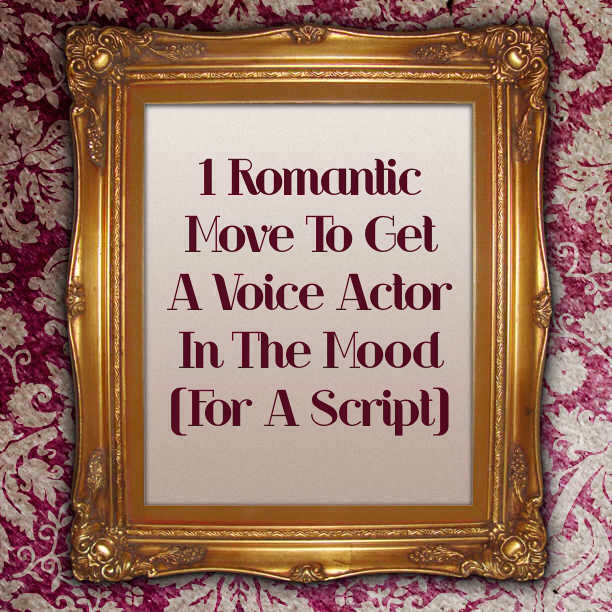 But seriously, let’s get it on…

…with getting in the mood for a voice over script.

Again, obviously I was talking about a voice over script.

Alright, alright. Enough with the innuendos.

So the following move can help many voice actors get in the right mood or emotion for a script. But I don’t want just voice actors to heed this advice. Those who hire and direct voice actors should also try this when trying to yank out the appropriate emotional quality in a performance.

Many voice over coaches teach voice actors to use pictures or visualizations in their head to help visualize the situation or get in the right mind frame for delivering the appropriate emotions in a read, whether that’s happy, concerned, angry, bummed, jealous, shocked, apathetic or bored. For example, someone might look at a cute puppy when trying to get in a lovable and caring mood. Okay, I couldn’t help it… Here’s a picture of my parents’ 9 month old Cockapoo named Bosco. 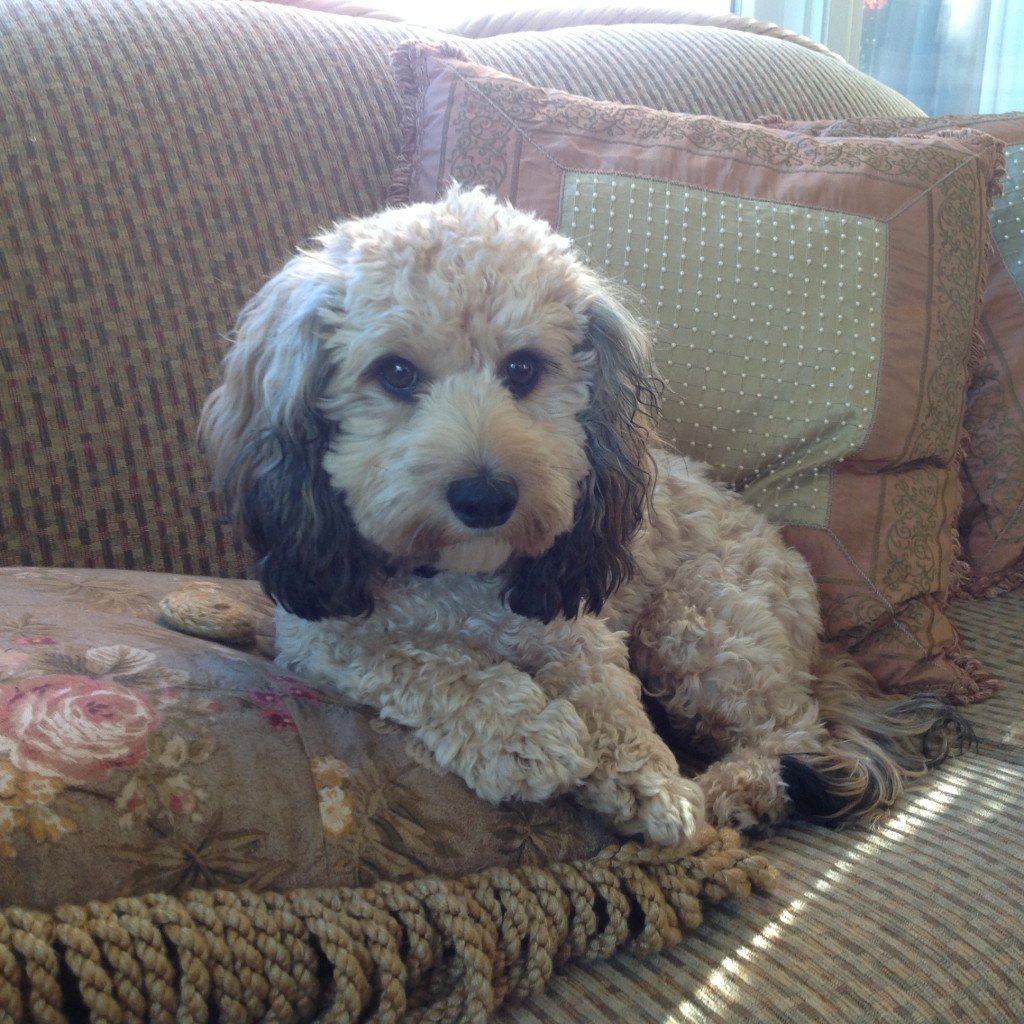 Yes, seeing this picture of the li’l guy makes me feel caring and lovable. But that doesn’t always work for everyone.

There is another trick that I don’t hear about very often in the voice over world and there’s some psychological research showing that it could be quite effective:

Music has been used for years to help set the mood in numerous situations, like playing the soulful sounds of Marvin Gaye or Barry White during a romantic evening with your partner.

Music can act as a powerful trigger within the human brain. Watch the video below and see how this patient with the heart-breaking and crippling disease of Alzheimer’s reacts during and after listening to music. It’s an incredible transformation. (Skip ahead to the 2:00 mark if you are crunched for time.)

So how can the power of music help voice actors get in the right mood for a voice over script?

1. Music can cause genuine happiness.

Researchers have found that listening to happy music with the goal of elevating your mood can cause a genuine happy mood. An important caveat here is that you must have the goal of being happy when listening to the music. Specifically in the study, “participants improved their mood after being told to try to do so, but they only succeeded when they listened to the upbeat music of Copland, as opposed to the sadder tunes of Stravinsky” (Boothby). If you don’t know who those composers are, compare their music below.

Use music in conjunction with pictures. Before recording or directing a script that calls for a happy or elevated mood of any kind, voice actors should listen to the happy sounds of Copland or some other song that is happy to their ears while focusing on the goal of being happy. After that, the voice actors should look at a picture of the product they’re is talking about to connect that emotion with the product. Then, record away.

Researchers have also found the opposite. Listening to sad music can cause sadness (MedicalNewsToday). However, it has to be music that you can consider sad. Also, you don’t need to have the goal of lowering your mood like you need when listening to happy music.

Before recording or directing a script that calls for a sad or lower mood of any kind, voice actors should listen to music that they find sad. This won’t be as common in most voice over scripts, but it may be helpful to also look at a picture of the product or whatever the situation is within the script. Then, record away.

3. Emotion, language and memory centers in brain connect when listening to music.

Music truly does do incredible things to your brain. When you listen to it, the emotion, memory and language centers of your brain connect (Mohana). While it is not clear what the effects are for voice actors, I think this linkage in the brain can be an important tool when voice actors are trying to find a very specific emotion or mood for a script.

Instead of general sadness or happiness, voice actors can find a very specific emotion to channel when performing a script. Voice actors should listen to a certain song that is tied to a very specific memory or emotion from their past. They can then do an audit of important songs to them throughout the years, and make a list of the exact emotions they felt at the time. When a certain script calls for that type of emotion, they can quickly listen to the song and be transported back to that emotion and time to create a genuine performance. The connection that music makes between memory, language and emotion can perhaps create a more realistic performance when compared to only looking at a picture. Once actors make this connection after listening to music, it’s time to record.

What songs do you associate with happiness, sadness, or any other specific emotion? Share you answers in the comments below so others can add it to their list.